It IS the NOW The Arcturians through Suzanne Lie

IT IS THE NOW

We, the Arcturians, are with you as always, and we want you all to know that you that you can contact us whenever you need assistance. Many of you have asked us about the survival of your money. Many of you will live to see the end of money. Money was, and still is, the creation of the dark ones, who are often known as the Illuminati.

Money in your reality is merely numbers or pieces of paper, and very little of the “money” that the people receive have any value at all. It has no value because the gold that is supposed to “back up the money,” is not at all affiliated with the holders of the money.

The gold only has power because your present day humans have decided to believe that money has power. It is not the “money” that has power, but the ones who hold the money, and “somewhere” within the realm of the Illuminati, gold supposedly backs th money.

The ancient Incans had so much gold in their reality that it had no power at all. It was just a shinny rock. They weaved beautiful objects, which they used as money. These weavings had true value, as they carried the love of the ones who created them.

However, within your NOW, money primarily has “power over others,” and “a means to manipulate.” Very often, in fact, more often than not, those who give the greatest contributions to your world have much less money than the very rich who horde their money or use it to havepower over others.

Since all fifth dimensional beings have the ability to instantly manifest whatever is necessary, there is no need to buy or sell. Instead, you simply go to your replicator and create it. Your Star Trek shows were correct about the “replicators.”

In fact, you have them now, but the Illuminati have taken and hidden them. If everyone could simply replicate what they needed, how could the Dark Ones make you spend your “money” to get what you need?

In fact, once the replicators are released to ALL of humanity, the Dark Ones will have NO power over, except through whatever violent acts they create to gain “power over” humanity. However, because of the Illuminati’s need to have power over others, their consciousness is so low that they will not be joining you in the fifth dimension.

The Illuminati will finally have to live within Gaia’s Operating System in which “energy out is energy back.” As Gaia steadily enters the higher fourth and fifth dimension, time will fade and finally disappear.

Simultaneously, all those who have sent out love and light, will instantly receive love and light. Blessings to our ascending ones! The days of hiding and suffering will end.

It is within that NOW that Gaia will ascend.

Within that NOW, those who have lived via power over others will no longer be able to attach their consciousness, and thus their form, to Gaia’s increasingly higher dimensional planet. Furthermore, the fear and lack of control of one’s life that the Illuminate has sent out will instantly return to the them.

This event is not a punishment. Instead, it is a gift. When Gaia resonated to a lower frequency, the Illuminati did not get the return experience of their selfish ways within the lifetime that they sent it out. Therefore, they did not learn.

In the same manner, those who put out love and light for many years, and have often suffered because of the unfairness of their world, will be able to receive the return blessing of all the love and light that they have shared with others.

They will also remember that the carefulness and protection that had been so necessary in all past third dimensional incarnations can be released within the safety and unity consciousness of fifth dimensional realities.

Because fifth dimensional realities are based on Unconditional Love and Multidimensional Light, every ONE lives within the safety of Love and Light. We realize that this concept is almost beyond belief for many of our ones who are living on third dimensional Earth.

However, Gaia’s frequency will begin to logarithmically progress into the higher frequencies as She enters into the realms of fifth dimensional reality. Just as a flower releases the leaves that surrounded and protected the “bud” of the flower until it was ready to bloom, the third dimensional shell that has been surrounding Gaia will also be released.

As Gaia’s fifth dimensional Flower of Life blooms into its true glory, the “bud” of physical Earth that once surrounded it, will soon be forgotten. In the same manner, the darkness that now holds your world in fear will also be soon forgotten. Already, the rays of higher light are moving more and more deeply into the core of Gaia.

The core of Gaia’s Earth has remained fifth dimensional, even though the entire surface of the planet was greatly damaged by the pillaging and wars that were created by those who sought “power over” others.

Since their lives were spend in the pursuit of “power over others,” their consciousness has become so low that they will not be able to perceive the glorious NOW in which Gaia completes Her third dimensional expression blossoms into Her true multidimensional, planetary SELF.

We remind you again that since the energy that has been sent out over your many incarnations on Gaia will return to the senders. Because the cause and the effect will be within the same incarnation, it will be easier for the un-awakened ones to remember their true Multidimensional SELF.

They will also remember the victories, failures, loves and sorrows of other incarnations, so that they will no longer need to repeat the same situations in life, after life, after life. As the evolution of humanity accelerates, and eventually moves into the fifth dimensional NOW, humans will be able to heal the many wounds they have inflicted on their Mother Planet.

As Gaia returns to Her pristine, Planetary SELF, Her planetary ascension into the fifth dimension and beyond will greatly accelerate. Simultaneously, those who have given their light, love and dedication to assist Gaia and her inhabitants, will also experience an acceleration of their ascension process.

It was always meant that Earth was to be a “Learning Planet,” where the residents could learn mastery of their own energy fields. However, the Illuminati were able to temporarily disrupt that “learning program,” by creating such fear and domination that the inhabitants of Earth were reduced to mere survival.

As the informed humans know, more and more non-human species of Earth are “dying off.” However, they are not actually dying. Instead, they are being relocated to fifth dimensional Earth. This relocation is a form of ascension in that the frequency of their resonance dictates the frequency of Earth to which their form will adhere.

Because the animal kingdom lives in unity consciousness with the planet, cares for their families, and is free of greed, they live as members of the planet, as well as the higher astral realms. Therefore, they will naturally expand into the higher, fifth dimensional resonance of reality.

On the other hand, the Illuminati wearing human bodies do NOT live as members of the planet. Instead, they live as “power over others” invaders of the planet. Thus, as the cycle of third dimensional Earth moves into its completion, they will not be able to adhere their consciousness or their form to the higher dimensions of Gaia’s planetary self.

Because of their power-over-others choices, their consciousness resonates to such a low frequency that they will not be able to perceive the transition of reality into the fifth dimension. Hence, they will remain with that which is ending, as opposed to being able to join that which is beginning.

This situation is not meant as a punishment. However, as Gaia’s third dimensional cycle come into its completion, and Her resonance moves into the higher frequencies of reality, those who trapped themselves in the third and lower fourth dimensions of Gaia, will not be able to perceive and/or experience Gaia’s victorious ascension.

On the other hand, those who have sent out the love and light, as well as service to others and to Gaia, will be able to perceive the fifth dimensional frequencies of love that will usher Gaia and her ascending inhabitants back into their innate frequency of the fifth dimension and beyond.

This process will be assured by the higher frequencies of light that are flowing into Gaia’s planet, as well as into all of Her life forms. However, only those who have learned Gaia’s lesson of “energy out equals energy back” will enjoy that experience.

Those who have sent out fear and control will receive back the very fear and control that they have forced ont other people, as well as animals, elementals and the body of Gaia. They will notenjoy the process.

Some of them will realize what they have done to others, and will have the opportunity to adapt to the higher light by giving loving assistance to others. It is through giving “service to others” that one remembers that Gaia’s operating system includes “energy out equal energy back.’

Meanwhile, the higher Gamma and Delta Waves of light will continually enter dear Gaia’s planetary aura. These frequencies carry the frequency of transmutation of all reality from the third/fourth dimension into the fourth/fifth dimension.

As humanity is ready to embrace the same operating system that much of the plant and animal kingdom have always lived, which is living within the HERE of the NOW, humans will begin to awaken to the fact that Earth is a living orb within a cosmic network of various frequencies, which make up many versions of reality.

In fact, within your NOW, higher and higher frequency waves are entering your atmosphere, your planet, and all life, included humanity, who are living on Earth. Please see the below illustration of how these energy waves are flowing around and through Gaia’s Planetary body.

For more information about these waves of light, please see: HERE

Just as these waves of higher frequency light are entering Gaia’s Earth body, they are also entering your human body to activate neural networks within your brain, as well as your physical vessel, in a manner that they have NEVER been activated during ANY of our incarnations on Earth.

As new areas of your brain and overall nervous system are “calibrated” to the higher frequencies of light, your “junk DNA” will be triggered. Please see: HERE 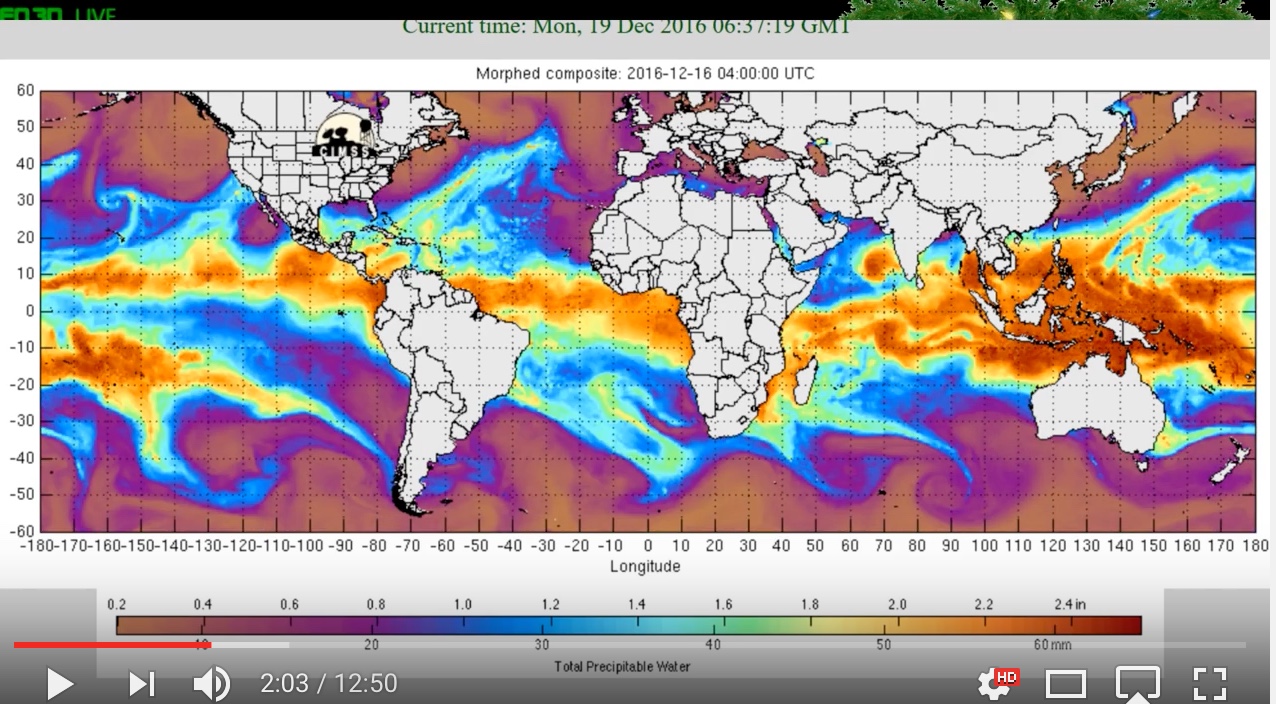 As your 97% “junk DNA” is “switched ON” by these higher frequencies of light, your right and left hemisphere will unite to activate your “whole brain thinking.” This whole brain thinking (see above link) will facilitate the activation of your fifth dimensional consciousness.

In other words, you will return to your SELF, to your Starship, to your Homeworld and to the higher dimensional expressions of your Multidimensional SELF from whom you were separated by your limited third dimensional thoughts and emotions.

Is it the “NOW” for YOU to accept this activation? Think about it, for soon, you may be called on to make that choice.

Blessings from the Arcturians

HERE  Is the link to a great article from James Gilliland’s Article in which he states he gives his permission to, “send this article far and wide.” 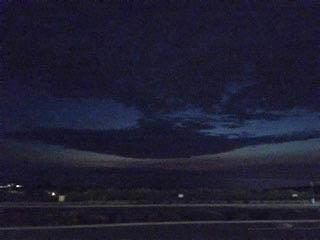