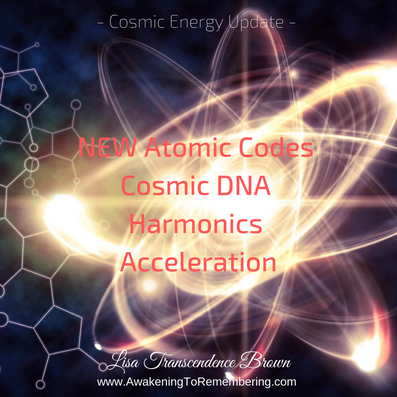 Breaking Away (and out of old programs/timelines/realities)….. LIVING YOUR NEW FULLY…. ATOMIC SPIN RATES…. 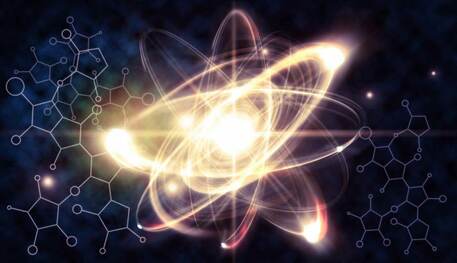 These “new” frequency bandwidths and the 12D template… it’s interesting to “observe” it as it “works”…. soooooooo VAST and yet, soooooooooooooooooooooo SIMPLE…. PURE DNA HARMONY….. a MASSIVE AMPLIFICATION OF THE 5D template, yet the 6D/7D/8D/9D/10D/11D templates too…… hundreds (and so many more) templates…. every time I look at the template, it’s a completely different version and “overlays” INTO all of the ‘OTHER’ ONES…. the merging process so subtle in one way, yet so very much going on within our physical LIGHTBODIES… all of theme…

There are many “themes” that keep “repeating” (Until I share them with you all)…. so I’ll attempt to do a little bit… as everything that comes forth since December is PURE 12D….. PURE DIVINE TEMPLATES…. yet each must ‘accomplish’ the “basic” template first….. which is where many COLLECTIVES are moving into…. each into a “new frequency bandwidth” RELATIVE to their own personal experience/DNA EVOLUTION processes here…..

2019’s focus is vast…. for many it’s breaking down old programs like never before…. it has the “theme” of NEW BEGINNINGS for each who embrace this from their own CORE… it’s DEFINITELY FOCUSED on clearing ANY and ALL DENSITY that each still physically holds…. so that each can HOLD MORE PHOTONIC LIGHT within their own DNA/Genetic/Atomic cells constantly being RECODED…. 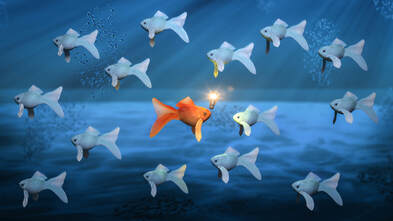 ​For the last week/month, we’ve had a MAVERICK PORTAL/ACTIVATION occurring.. which is quite cool to observe. This will “affect” the whole on a much grander level, as EACH moves into “free-thinking”, which means moving out of the amnesia state “faster” (coming out of the deep sleep/comatose state, which is confusing for a bit), more going through their own inner-pole flip (which flips their realities upside down, going on in the physical body for each “functions from” too, which starts a whole new process of “Ascending” with the physical body, while descending as higher selves to “merge” as ONE within the physical body…. while clearing their own “inner hell” to awaken to/anchor their own “Heaven” on Earth into the physical too…… This is a very PHYSICAL PROCESS, once that does not fit into any linear anything…. it takes connecting on a much DEEPER LEVEL, where each HOLDS THIS INFORMATION encoded within themselves too. 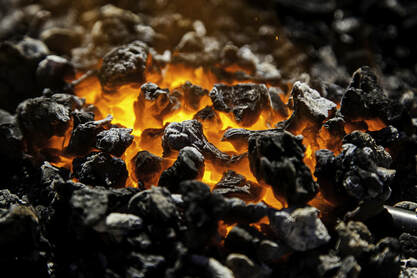 BREAKING AWAY/OUT OF THE OLD….. As each’s Soul activates on a cellular level, the carbon based body will heat up to burn off old programming/decalcify (carbon residue), for the physical matter form of each’s body to start a massive transition process of Carbon-Based to Crystalline (then plasma/photonic/more). With this “new template”, not much of any old is able to “come through”. That which is not fully/highest aligned, really has to “go” …. faster/stronger/at a more accelerated rate… and depending on each’s own level of consciousness that they function from, HOW THIS IS EXPERIENCED (with ease or immense challenge) is based upon many things… physical body density (not weight, density… physical matter mass to light ratio, which constantly changes as we all go), how much resistance inside and how Quantum or Linear one is….

Note: This is also a part of the 2222 Source Code as it activates in the blood/oxygen/flesh of the body to start to clear carbon-based toxins from the body (primarily visible by way of the heart/chest/lungs area (breathing and opening up/clearing density from the chest wall/throat/nasal/head area), an important density clearing process (immune system), activating crystals throughout the body (i.e. Crystalline LightBody). The heating up/cooling down process is an important part of the changing of physical matter form, organic cryo-genetics, aging acceleration for ego-death, as well as regeneration through the LightBody which will all correlate to accelerated death/re-birth cycles that shift from a physical to a Quantum one. 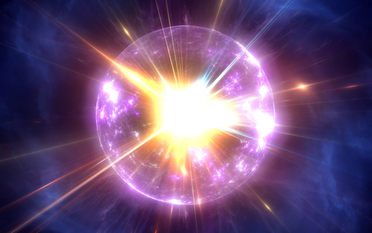 ​For those who FUNCTION FROM A QUANTUM STATE OF CONSCIOUSNESS in every way, it’s simple and easy to close out portals, move on, be done… because everything is a vibration/energy and represented by the amount of DENSITY and LIGHT…. there are ZERO attachments and REALities function completely differently…. the VIBRATION and ENERGY PRESENT shows all…. so the “decisions” for what is appropriate on a SOUL LEVEL is very different than the “old realities” were…. 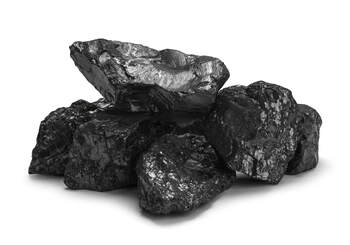 The more carbon based (linear) each’s body is (DENSITY), the more attachments/cords and separation still held within… which correlates to physical density, as the “constructs” of each’s cellular make-up (on an atomic level) is what dictates each’s actual physical reality… which is why it takes immense awareness and POWER to hold each’s NEW (HIGHER/HIGHEST States of Consciousness in place LONG ENOUGH) to BREAK DOWN THAT LINEAR CONSTRUCT…. which can be done INTENTIONALLY or experienced the unconscious ways (without awareness or perception of “choice”, yet even this is “not true”, as all things that occur were/are EACH’S SOUL’S CHOICE…. it’s just the human (ego) aspect that doesn’t get a choice when full awakening and ascension “has to occur” (encoded in each’s DNA when “that frequency activates”…continually along the way…. ​​ 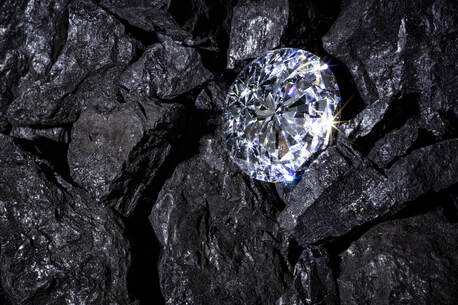 THIS IS ABOUT AN EVOLUTION on a scale that’s incomprehensible by the human aspect… from Carbon-Based (atomic spin rate of each’s cells)…. to Crystalline (where all changes/shape form continually, with all new “codes” activated constantly to “reshape” REALity constantly…. through the APPLICATION/EMBODIMENT of PHOTONIC LIGHT…. this is NOT something the human “ego” aspect gets to “control”… PHOTONIC LIGHT HAS THE CONTROL… which is a whole new ballgame for all…. This is a SURRENDERING PROCESS… where your LIGHTBODY takes over and it runs the show… yet YOU ARE YOUR LIGHTBODY, so learning to listen/communicate on a DNA Level isn’t done with your linear mind… it’s done with your SOUL CONSCIOUSNESS… where “Light” and “photons” and DNA are our language and how we SEE, speak, live, breathe… FULL CONSCIOUSNESS with every BREATH… as PURE SOURCE CONSCIOUSNESS is alive, awake and deeply connected on EVERY LEVEL…. living/breathing/working in UNISON… we ARE the UNIFIED FIELD OF FULL CONSCIOUSNESS… we ARE the LIGHT, it’s not a “thing”‘… WE ARE PURE LOVE, which makes everything that’s “not”…. totally visible and OURS to observe/hear/see/feel/do…. align/tune…. which is “easy” when we are fully in-tune and living in PURE HARMONY on a deep cellular level from within our own selves…..

This is a PROCESS that has taken our “whole life” thus far… and every moment of this CURRENT NOW… this is not a linear thing… at all.

THIS IS A UNIVERSAL/COSMIC experience…. a UNIVERSAL/COSMIC Evolution…. that OCCURS within EACH… as each’s HEARTS FULLY OPEN…. to RETURN TO LIVING KINDNESS, CONSIDERATION, CARING, DEEP SACRED LOVE AND RESPECT in their own lives, in every way… too. The “old ways” (parameters) no longer apply, so trying to “use them” to understand or “do” a reality won’t work either…. this takes expanding and opening up fully from deep within to shift BEYOND THE OLD WAYS and ACCEPT that which makes no linear sense, yet to all of us… we “get it” and that’s all that matters….. ♥ 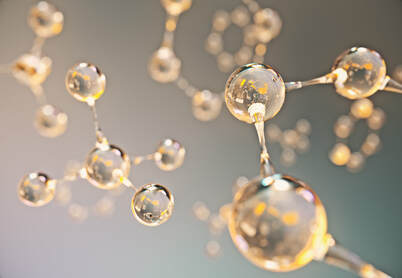 CARBON BASED BODIES were rigid and “fixed”… because the cellular structure within the physical body was carbon bases at an atomic rate…. as each’s PHOTONIC LIGHTBODY ACTIVATES the body enters into a de-calcification and de-densifying process… a cellular and molecular restructuring process that evolves as each’s LightBody activates/holds more PHOTONIC LIGHT.

​The ATOMIC SPIN RATE and life-cycle changes…. and how each functions on a multi-dimensional level is also dictated by this. Each’s cell, on an atomic level is constantly being re-coded/re-written, activating each’s CRYSTALLINE LIGHTBODY (after the Gamma LightBody has done “it’s thing” to bring each online with NEW EARTH to “leave old earth” with their bodies, literally)….. Each’s CRYSTALLINE ATOMIC CODES, STAR CODES, STELLAR CODES AND SOURCE CODES are held within each’s body, yet only activated when/as those FREQUENCIES are activated on a COSMIC LEVEL INSIDE, which can be accelerated by each CONSCIOUSLY DOING THIS with the intention of EVOLVING AT AN ACCELERATED RATE, understanding that NEW EARTH/HEAVEN ON EARTH/GALACTIC NEW EARTH….is what they will EXPERIENCE as their whole life is EVOLVED and fully aligned here…. 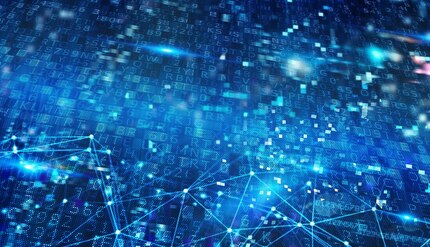 SOURCE CODES work on an atomic level…. and “don’t care” what the human ego aspect “wants”. This is not how any of this works… WITH THE CURRENT PHASES THAT OUR MULTI-DIMENSIONAL EARTH IS IN NOW…. everything is DICTATED ON A SOUL LEVEL… so each’s WHOLE LIFE is now increasingly subject to this….

SOURCE CODES CAN BE ACTIVATED INTENTIONALLY or unconsciously…. and are…. which is “why” so many are confused, going through “so much” and don’t get to “control” from separation anymore…. SOURCE CODES OVERWRITE each’s realities…. completely… and align all in very different ways (the opposite) of what the human aspect would choose….

SOURCE CODES ACTIVATE EACH ON A SOUL LEVEL…. they “break down” the old programming each held deep within. They go straight for each’s ATOMIC CODES in DNA/RNA/Genetics…. to RETURN EACH to PURE EXISTENCES here…. ☼

WE are DEEEEEEEEEEEEEEEEEP IN RAPID, ACCELERATED, ENHANCED COSMIC EVOLUTION… to RETURN ALL TO PURE HARMONY here. All that is not in fully harmony becomes visible, so each can hear/see/feel and CHOOSE… to bring all into Divine Harmony as LOVE and Live the beauty, magnificence, magic and immensity of NEW EARTH HERE FULLY TOO. ♥

With love and excitement!