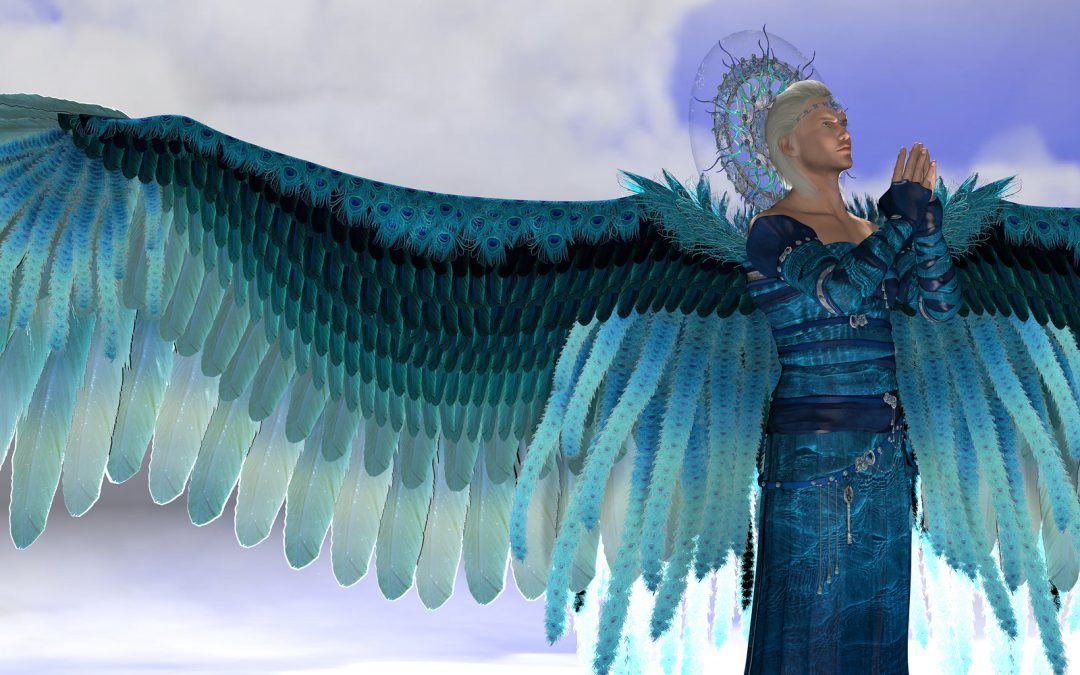 Do not doubt, beloved one – I am not some distant Archangel sitting on a cloud playing my harp!

Part 3 of this beautiful channelled gem series shared by Elle from her personal reading with Linda Dillon.

… continues from “The Magdalena speaks of Vulnerability (Part 2/4)”

Archangel Michael speaks of Vulnerability (Part 3/4): You are mightily protected!

Archangel Michael: And before Belle’Anna steps forth, so do I – and I am Michael!

Elle: Oh hello, beloved – it’s been quite a while!

But I know there has been a great deal that has been transpiring, both in the seen and the unseen realms. But I simply wish to sneak in between the cracks and to say to you: You are mightily protected! This is seen and unseen, known and unknown. You are protected.

You are travelling a great deal in the unseen realm with your beloved Plaed’or and, yes, with various missions of unfoldment, and working in the healing of many as well, and in the ignition of many to the knowing of love.

But do not doubt, beloved one – I am not some distant Archangel sitting on a cloud playing my harp!

AAM: I am with you and I love you. Farewell.

Image via Council of Love

Part 2 of this beautiful channelled gem shared by Elle from her personal reading with Linda Dillon.

The Magdalena speaks of Vulnerability (Part 2/4): “Why have you left me so vulnerable, so open to injury?”

I AM the Magdalena.

Elle: Oh, beloved, I had a feeling…

The Magdalena: Dearest heart friend, sweet angel woman, of course I know what it feels like, what it lives like to be vulnerable – and I do not simply mean, but I most certainly include the physical realm.

Before I met my beloved Yeshua, as you well know, I was well established as channel, as medium, as Bringer of Light and Keeper of Sacred Ceremony, for this was not only my job (what a curious word!) but my joy. But in those younger years, even with those that would dismiss me or naysay me, I felt completely invulnerable. I felt as strong as Mi-ka-el! I felt impenetrable! And I was prepared to – and I did – take on the world!

Vulnerability crept in with love, with my sweet Yeshi, with Samuel and Sarah, because your heart is tender. And, of course, it is not just a matter of wanting to be open or vulnerable; it is simply the way love works – that when you so deeply join with someone, you become more vulnerable. My vulnerabilities opened around Yeshua and around my family, and around those of you that I cared so deeply about.

And yes, there were many times, as you recall, that I felt physically vulnerable, open to attack, physically exposed, and this was difficult. And in many ways, after I retired, shall we say, to the cave, partially it was because of that sense of vulnerability – and then, of course, there was simply the sense that if I was in a sacred space where I felt encapsulated, I could more clearly channel and communicate with my beloveds.

And of course I would tend to my body because I knew it was the vessel for the communication – and that was basically what I had to rely on until I completely left.

And there were times, particularly with my little family, even knowing what I did, when I would rail at the Mother and Father and One and say, “Why have you left me so vulnerable, so open to injury?” And, of course, they would come back and remind me of the layers of protection, of softening. Sometimes that eased my heart, and sometimes it did not, because the hurt was so intense.

And so one of the things that I learned – not only of healing and injury, but in injury of the heart, shall I say – was that I would wait. I would wait, and I would trust, and I would hope until I could feel again the dawn breaking in my heart, the gentle rain after a very severe drought.

What is happening with you as well is there is a little, literally, a breaking down of the walls – what you can think of as interdimensional walls – and some have been but whispers and others have been like cement.

I do not come to explain this day the wisdom of the Mother, or the mighty protection of Belle’Anna. I come to support you, to share my heart with you, to reassure you, sweet one, that you are not alone.

And that whether it is climbing hills or mountains or steps, that you are strong, but you will get stronger – not because this is some divine requirement, quite the contrary. You will do it simply because you feel like it – because you want to.

So I am with you, sweet sister, and I also step aside for your beloved Belle’Anna.

E: Thank you so much for coming, beloved. I feel you so deeply…

The Magdalena: Of course you do.

Image via Council of Love