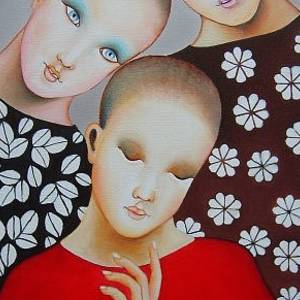 As we contemplate building Nova Earth, we look to higher-dimensional planes to guide us on possible directions to pursue.

I’ve already given one suggested educational curriculum taken from an ascended source. (1)

I’d now like to take some pointers on education from a rather unusual source – the afterlife literature of education on the Fourth Dimension or astral plane – in particular the Higher Summerlands – and higher.

What difference does that make? Well, from my own astral travel, (2) I know that wearing this physical body is like living inside a rubber tire – like the Michelin Man. It doesn’t conduct feelings or sensations in the way that the astral body does and that makes a world of difference, pun intended.

Moving around in this body is like walking through mud up to our hips. These children are like nature sprites compared to us and their activities reflect this lack of density.

If we keep this difference in mind, then let’s look at some aspects of their educational setting.

Let’s look first at their educational methods. Phyllis McLean tells us that:

“The education of children [here] is conducted on lines of self-expression and service. If this method were to be used on Earth, there would be far fewer cases of maladjustment.

“Your problem of juvenile delinquency would fall away. It is important to establish the knowledge that each soul is an individual idea of the Great Spirit of Creation; one who has been granted the gift of self-expression in his service and thus has a responsibility to God and his entire creation which can only be completed by the individual.

“This is achieved with greater rapidity on this sphere, as children are not restricted by hampering endeavours of their teachers to make them conform to a pattern, as unfortunately is the case in your schools.” (3)

The idea that education is about self-expression may sound revolutionary to us. In our world, according to Archangel Michael, “the education systems are doing their best to try to shut [children] down.” (4)

The teaching aids available are quite remarkable. G. Vale Owen’s mother wanders over the schoolgrounds and draws attention to some of them.

“One especially engaged my attention. It was a large globe of glass, about six or seven feet in diameter. It stood at the crossing of two paths, and reflected them. But as you looked into the globe you could see not only the flowers and trees and plants which grew there, but also the different orders from which they had been derived in time past.

“It was very much like a lesson in progressive botany, such as might be given on earth and deduced from the fossil plants of geology. But here we saw the same plants alive and growing, and all the species of them from the original parent down to the present representative of the same family.” (5)

Was the globe simply a static display, so to speak? No, the children were encouraged to project their knowledge of the plant’s development into the future. The results can be amusing.

“We learned that the task set for the children was: to consider this progression up to this particular plant or tree or flower actually growing in that garden and reflected in the globe, and then to try to construct in their minds the further and future development of that same species.

“This is excellent training for their mental faculties, but the results are usually amusing. It is the same study which full-grown students are also at work upon in other departments here, and is put by them to a practical end. One of them thought it would be a useful method to help the children to use their own minds, and so constructed the ball for their especial use.

“When they have thought out their conclusion, they have to make a model of the plant as it will appear after another period of evolution, and fearful and wonderful some of those models are, and as impossible as they are strange.” (6)

Children build through the creative power of thought. They’re encouraged to create their own homes and gardens.

The children … are encouraged to develop their individuality and take great pride in the creation of their own little houses and gardens. These remain in being just as long as they give satisfaction.

“But they are constantly replaced or altered, according to the desire of their creators. Thus we have an ever-shifting scene of kaleidoscopic colour for children quickly tire of their creations and are eager to replaced them with others.

“Just as on earth, children are eager to imitate the ideas of others, so for a time it may become the craze to live in wigwams and smoke pipes of peace. Accordingly the children devise appropriate costumes and head-dresses and games in pursuit of this idea, the woods being dotted with little Red Indian settlements and whooping bands.” (7)

Let’s continue our look at elementary education and then go on to examine centers of higher learning.

(4) Archangel Michael in a personal reading with Steve Beckow through Linda Dillon.

Gratitude to all artists. Any queries, please contact me, Shekinah