Sorry. I need to allow my mind to wander past the pandemic. I’d like some inspiration.

What I write is every bit as much guidance and inspiration for me as it may be for anyone else.  I seldom know what “I” am going to write next.

To begin with, what is your spiritual path?

My spiritual path, as most readers probably know, is the awareness path. The fundamental agreement is to remain aware of myself in all my phases and activities. (1)

In choosing it, I had to take into account my preference that my path be portable.  So no rituals that would require me to cart around a lot of baggage.  Nothing that’d be dependent on location or time. I needed to be able to engage in it wherever I was, whenever I wanted to.

It also had to be something that promised to lead to enlightenment.

Have people, in fact, attained enlightenment by the awareness path?

The Buddha attained enlightenment by Vipassana meditation, which focuses awareness on sensations on the body. The aim is to reach a point where awareness has dissolved all the sensations and the mind is quiet. This was enough to carry the Buddha from Brahmajnana (seventh-chakra enlightenment) to what he called Nirvana (what we call Ascension).

Awareness worked for Bodhidharma, who emptied his mind by staring at a blank wall and remaining aware of what arose.  Zen masters used awareness to achieve enlightenment. Awareness is at the heart of Taoism.

Ramana Maharshi’s Self-Enquiry and the Growth Movement of the 1970s were all about self-awareness.

What’s the difference between “awareness” and “presence”?

It’s an educated guess on my part that one must be here now (be present or aware) to trigger enlightenment.

That having been said, it’s also my considered opinion that awareness is not the only thing going on around our enlightenment.

Another factor is that the Mother and our team of guides play a very large role in everything to do with our experiences of enlightenment. This is not something that’s widely taught, but it follows from my own history.

I define as enlightenment any experience triggered when the Kundalini reaches at least the fourth chakra. It’s the Mother and our guides who moderate it, like technicians operating a hydroelectric dam.” Increase the flow.” “Cut back now.” Hands on the dials of enlightenment.

I further define enlightenment as realization plus bliss. In a truncated experience, the bliss is usually missing. Being aware of that, one sees that it’s the bliss that lends realization its potency.

Bliss lifts us up to a vibrational level where the realization is … orgasmic, really; where it can work its full effect, sink in the deepest, and touch us most profoundly.

Without bliss, realization is more or less like watching a movie. It lacks potency, the force to have us fully reap the benefit of it.

Where is all this headed?

The whole game of life that the Mother and the archangels are assisting us with is about awareness. To see why this is so obliges us to remember the purpose of life.

The purpose of life is for us to become aware of our true identity. (I’ll say why in a moment.)

Sure, I can tell you what that is. But intellectual knowledge is not very powerful. The answer is: Your true identity is God. Now did hearing that split the atom for you? Not unless you blissfully realized it, rather than just reading it.

Why does it matter that I learn my true identity?

Because every time a person realizes that they’re God, God meets God in that moment. God has the experience of Itself when we realize our true identity. For the purpose of this meeting was everything created – for us to get who we truly are and for God to have an experience of Itself.

Discovering our true essence is an exercise in awareness which results in certain knowledge.  And it’s knowledge that is the end of the road, the goal of all experience. (3)

I personally think that every experience including and past the fourth chakra is one of these moments in which God has an experience of at least an aspect of Itself.

It might be a vision experience. It might be a heart opening. It might be an experience of Light. Whatever it is, we realize an aspect of God – probably a “bite-sized piece” – so that we’re not overwhelmed. (3) Even the overall process of enlightenment itself – in which each isolated experience is sudden – can as a whole be seen as gradual.

To summarize, my path takes as its object the event and process that takes us to the very heart of existence – awareness. It sets its sights on becoming aware of who we truly are, in service to the God we meet in that moment.

(1) The mainstream media mocked us as the “Me Generation,” as if self-awareness leads to selfishness. In fact it leads to increasing freedom from core issues, greater openness of heart, and increased compassion for others.

Steve: The [fourth-chakra sight of the Self] experience at Xenia, Mother, was that truncated?

Steve: I had the thought [it was]. … The Light I saw should have been brighter than a thousand suns. The fact that it wasn’t suggests to me that the experience was truncated.  …

DM: It was not is brilliant as possible, let us put it that way.

Steve: Alright… And again, the reason is to keep me in sync with my readers?

DM: It is to keep you in sync with your readers…  But let me be very clear about that. If you had seen the light as it actually is, yes, a million, billion suns… you would have simply departed. …We don’t mean die but you would have departed the life that you have designed – yes, with us, for yourself, for the service you are providing – you would have departed and simply said, “I do not need to do this. I will just simply sit in the bliss of love and good luck, everybody!” (Divine Mother in a personal reading with Steve Beckow through Linda Dillon, Oct. 26, 2018.)

Steve: [Emptiness of mind] was followed next by what appeared to be the kundalini completing its circuit at the seventh chakra. Is that in fact what happened?

AAM: Yes. Now it is part of the reset button. Think of it in this way. If you are installing, say, a new program, or you had an old program that kept stalling out three quarters of the way full and you were frustrated as all get out with it. And you are asking for the fullness of the program to come online so you turn off your computer and you restart it.

That is what you did.

Steve: Hmm, interesting! Ordinarily you would experience Brahmajnana at that point but I felt that it had been muted, toned down.

It is not to say that you will not experience that, but you cannot (well, you can if you wish; it is a choice to) simply remain in that state of unity, of One, and be fully conscious, in service, in action….

So, it is a toning down, if anything. It really is the middle ground. …

You know that enlightenment is right there in front of you. It is yours to access. But if you are in service, you will not choose to live there. …

You can think of it as keeping two feet firmly on the ground. (Archangel Michael in a personal reading with Steve Beckow through Linda Dillon, Feb. 14, 2012. Hereafter AAM.)

Steve Beckow: I had an experience at a meditation workshop in which I felt regal. It was a partial experience. Can you tell me what that part of me was that I accessed.

Archangel Michael: … Your highest Self, your Oversoul, is very regal.

SB: So that was an experience of the Oversoul.

The Arcturians through Sue Lie: Seventh is your Oversoul. (Arcturians, March 17, 2013.)

On Truncation in General/Reason Why Ascension is Gradual

Steve: Now, when an experience is truncated how am I to look upon it? That you wish me to write about it as far as I have experienced it? That we’re illustrating things in bite-size chunks so as not to overload people? That you don’t want us to be fully ascended because we’ll stop fulfilling this service contract if we are?

Archangel Michael: What you have seen is that you have been given bite-sized pieces of energy, of energy bumps, of input of what you can digest and handle and truly bring to fruition. If you are in the process of expansion, you don’t go from Grade 3 to a PhD in a week. (“Archangel Michael on Truncated Experiences,” March 21, 2017, at http://goldenageofgaia.com/2017/03/21/aam-on-truncated-experiences/.)

What Michael has just said, I assert, holds true for all our Ascensions. We’re being given small servings of energy to digest and manifest. They know we cannot jump from Grade 3 to a Ph.D. in a single bound. This is why Ascension is for the most part gradual, with some sudden “energy bumps.”

(3) Which is why discrimination is so important. But that’s a separate conversation.

(4) To repeat: “You have been given bite-sized pieces of energy, of energy bumps, of input of what you can digest and handle and truly bring to fruition. If you are in the process of expansion, you don’t go from Grade 3 to a PhD in a week.” (“Archangel Michael on Truncated Experiences,” ibid.) 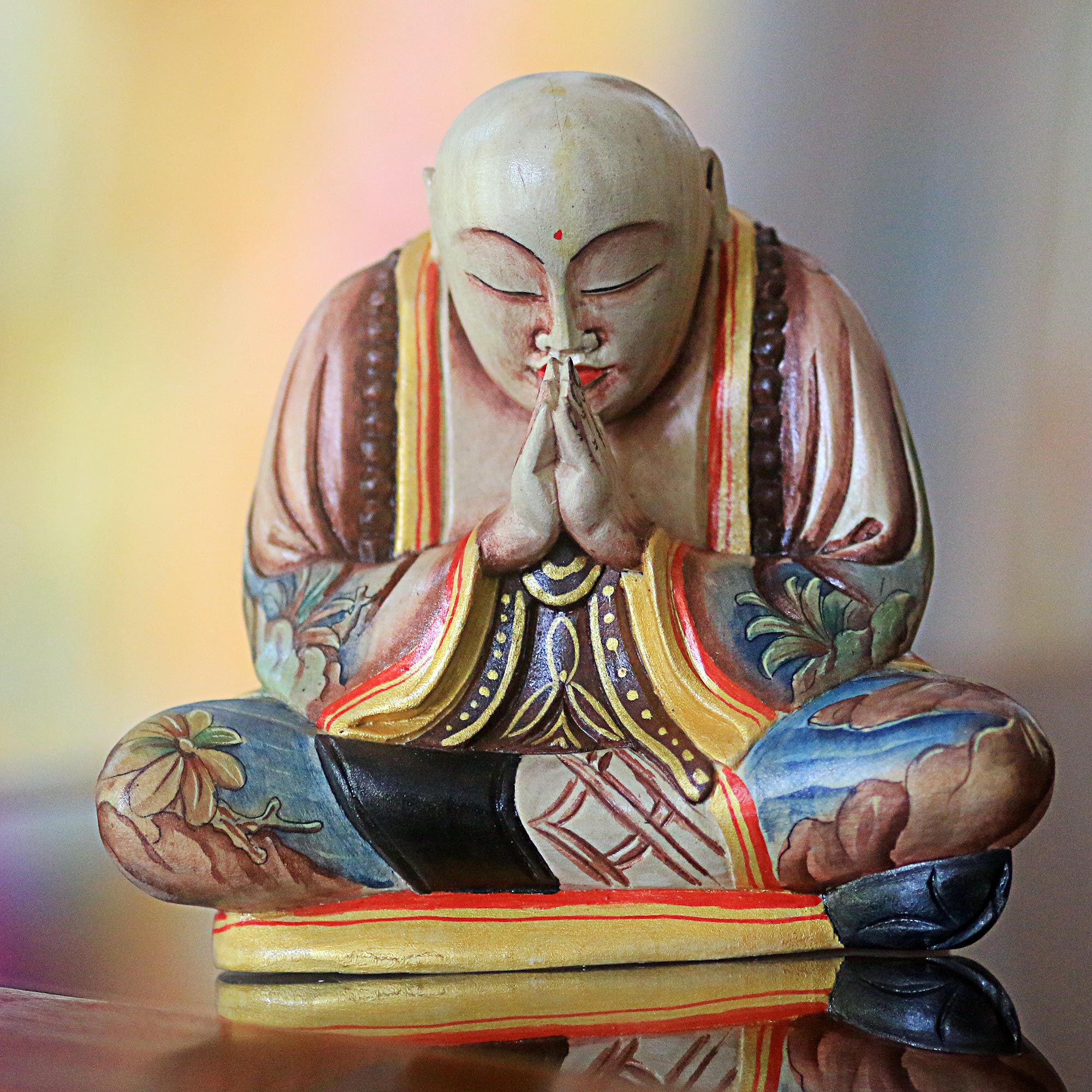